In between the mountains

On it I am

What is this world?

Some people are so sweet

What is this world?

Some people burn their bodies

Some people bury their bodies

What is this world ?

Don’t be Bribe and bribe none

For it will kill the better ones

But who will walk so slow

In the world of God

All are ruled by equality

In the world of men

A place of sorrow

A place of happiness

But one thing to think is

What is this world ?

Favorite Song: It changes with the passage but right now it is (Design of Malice by J.M.T)

Craziest Fantasy: To direct a movie upto the level of James Cameron

Fatima: What is RAP to you?

Asfand: Rap is everything.

Fatima: Who inspired you to be a rapper?

Asfand: Adil Omar quote inspired me “We have many rappers but we don’t have song writers.”

Fatima: Since when are you rapping? Will you go on with rap or some other stuff?

Asfand: Since last 2 years and will go on with rap & direction

Fatima: Is your family supportive towards songwriting?

Asfand: My dad doesn’t know about it , My mom is not supportive but doesn’t stop me.

Fatima: Are you style conscious?

Asfand: Not at all, Character is my first priority and then looks J

Fatima: What are the three things you can’t live without?

Fatima: If you were not a human, what were you be?

Asfand: THE SAME ONES THA BROKE

Fatima: How do you feel to give an interview? 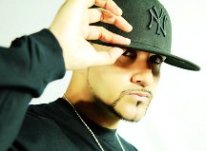 Best quote : “Your either no better, or you know better” – Sullee J
Sullee J is a American Rapper. His parents were born in Pakistan and then they move to America. He is in love with the subject  music and took it as his education. For Sullee J music is his life. School wise he is major in Psychology and biology. He writes from heart & he staunchly believe that the soul purpose of his birth is to shed his life for music.
Music is an universal language. he makes conscious music songs which has message with in them. The only rapper who raps in clean words, because he has a unique concept in his songs . music is his tool of inspiration for masses.
He would like people to realize the power of voice. He quotes , as Prophet Muhammad P.B.U.H said ‘ THE INK OF A SCHOLAR IS MORE SACRED THAN THE BLOOD OF A MARTYR.”
According to him the media is stuck on showing negative side of humanity esp. Muslims but he would like to bring the positive side of humanity. As  he believes in God’s people in God believes in his creation .
Sullee J , A Pakistani soul working for noble cause by music is an unforgettable thing is our History . Anew talent but in less time has been featured by following media channels :
fox news, CBS news,hip hop common breath, radio revolt and from Pakistan Planet fm 94 took him his interview all the way from u.s and I ( FATIMA HASAN ZAIDI )got my luck to interview him and make his profile. 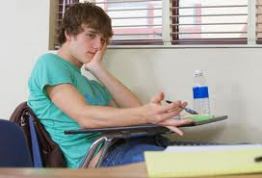 For the sake of the brain

Everything forgets the working way

I remember when i was young

You brought me up

At times of danger

Me , my edibles and my story teller

I remembered and I will remember

Because I LOVE YOU